Green light for DNLS 22/23: Innovations in the virtual championship

The engines are still roaring in the Green Hell - and with three races still to run, the Nürburgring Endurance Series will start into the golden autumn and towards the championship decision on 08 October. To ensure that the friends of cultivated Nordschleife sport don't get bored over the winter, preparations for the 22/23 season of the Digital Nürburgring Endurance Series are in full swing.... 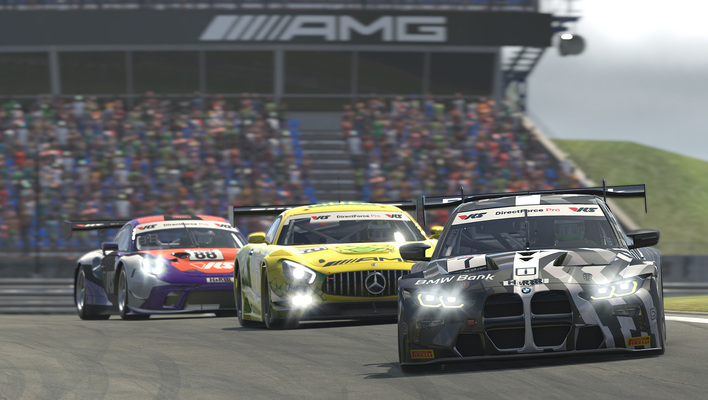 Green light for DNLS 22/23: Innovations in the virtual championship

The engines are still roaring in the Green Hell - and with three races still to run, the Nürburgring Endurance Series will start into the golden autumn and towards the championship decision on 08 October. To ensure that the friends of cultivated Nordschleife sport don't get bored over the winter, preparations for the 22/23 season of the Digital Nürburgring Endurance Series are in full swing. More competition is the motto for the winter. To bring the DNLS races to the home screens, the livestream will also be upgraded again. The DNLS is entering its fourth season. Originally launched as a replacement for cancelled races in the real world at the beginning of the pandemic, the digital counterpart of the Nürburgring Endurance Series quickly drove its way into the hearts of the fans. Thrilling motorsport in cold temperatures - the virtual world makes it possible. And to make the DNLS experience even stronger, there are some innovations in the livestream. The opening show will have a new format. A big part of it is the earlier entry into the training events in order to pick up the viewers even better. In addition, the two regular presenters Patrick Simon and Olli Martini will in future always be assisted by a simracing expert who will contribute his expertise in virtual racing.What has distinguished the DNLS from the very beginning is the combination of real racing drivers and simracing professionals in the cars of the SP9 class. These rules will be refined for the coming season. In the process, an internal rating of the simracing pros will ensure more competitiveness among the participants. The requirements that a real racing driver has to bring along in order to participate will also be concretised in order to ensure more competitive competition. The DNLS season starts on 19 November with the first race. Shortly before Christmas, it will be another round on 17 December. In the new year, the races will take place on 7 January, 11 February and 11 March. The SP9, CUP2, SP10 and SP3T classes will be offered again this winter season. Up to 60 vehicles will compete in the 3-hour races in the racing simulation iRacing. Registrations will be possible online shortly. 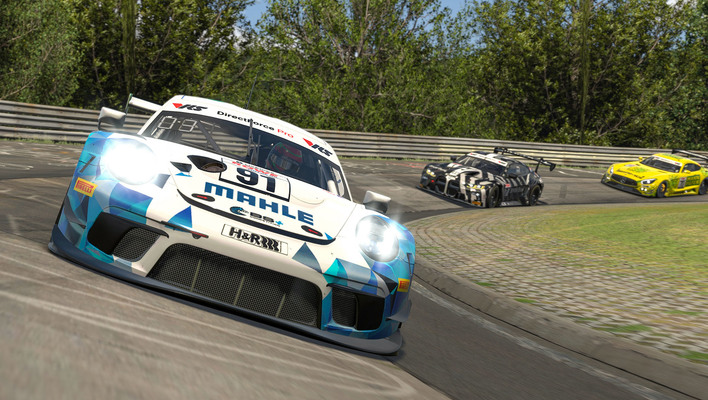 Five Mercedes-AMG teams finished the HAPPY RACING 3h race on Sunday in the top eight positions. So once again there was a strong overall performance by the SP9 cars from Affalterbach. But the winner of the fourth race of the Digital Nürburgring Endurance Series (DNLS) presented by Goodyear was the Mahle Racing Team. US American Phil Denes and Dutchman Ryan Barneveld repeated the triumph from DNLS2 in the Porsche 911 R GT3. Second place went to Team BMW Bank with Bruno Spengler and Kay Kaschube. They were followed by the winners of the first and third rounds, Mercedes-AMG E-Sports Team Landgraf with Elias Seppanen and Luca Kita, ahead of Mercedes-AMG E-Sports Team HRT with Norbi Kiss and Florian Denzler. "I didn't have high expectations for the race because I already drove the Bathurst 12-hour race yesterday. That's why I had to get up at 2am in the night. Ryan did a great job. We also benefited from the one or other penalty or long stop of our competitors. In the end, the effort was worth it. One day I want to drive the Nordschleife for real," said Phil Denes. "Only then have you lived as a racing driver." In 7:47.03 minutes, Norbert Kiss initially set the fastest time in qualifying with the Mercedes-AMG GT3 of Mercedes-AMG E-Sports Team HRT. However, the Hungarian had to let Joshua Rogers in the Porsche 911 R GT3 of Coanda Simsport pass already in the starting phase. In the end, Rogers and team-mate Tommy Ostgaard finished sixth. The duo had to make a longer penalty stop - because there was no driver from real motorsport. They were followed by Denes in the Porsche 911 R GT3 (Mahle Racing Team) and Spengler in the BMW M4 GT3 (Team BMW Bank). 20 minutes after the start, Kiss briefly lost control of his SP9 car in the Wehrseifen, which meant he slipped back to seventh place for a while. Shortly afterwards, the next serious incident occurred. Nils Koch (BS Competition) in the BMW M4 GT3 and Daniel Juncadella from the Mercedes-AMG E-Sports Team Winward crashed into a transverse car through no fault of their own. For BS Competition, third overall, the race was over prematurely. The Spaniard, however, continued the race. In the end, he was at least fifth with Alexi Elomaa. In the final phase, Team BMW Bank with Spengler behind the wheel was the only serious challenger to Denes' leading Mahle Porsche. At the finish, the winner's lead was 10.44 seconds. Coanda Simsport completes hat-trick in Cup2Marcus Jirak/Martin Ascher of Ascher Racing had a bad day in Cup2, finishing ninth in the class after a collision in the first laps. David Williams and Zachery Campbell from Coanda Simsport Cup2 were able to continue their winning streak in the Porsche 911 GT3 Cup, who, including the current race, have now won the last three rounds.The dominators of the SP10 class continue to be Austria's Pascal Stix and Maxim Ramsteijn from the Netherlands in the Porsche Cayman GT4. In the end, the duo, victorious for the third time, was 5.4 seconds ahead of the RSO 397 team with Nils Carstensen and Nils Lorenz. In SP3T, Team Heusinkveld 404 and CoRe SimRacing SP3T fought a thrilling duel to the finish line. After three hours of racing, the time difference between the two fastest Audi RS3 LMS was only 0.31 seconds. Sven Glatzel, Fabian Siegmann and Patrick Kubinji had the better end for themselves against Corentin Guinez and Kieran Harrison. On 6 March, the big showdown in the DNLS will take place at the Lego Technic 3h Race.